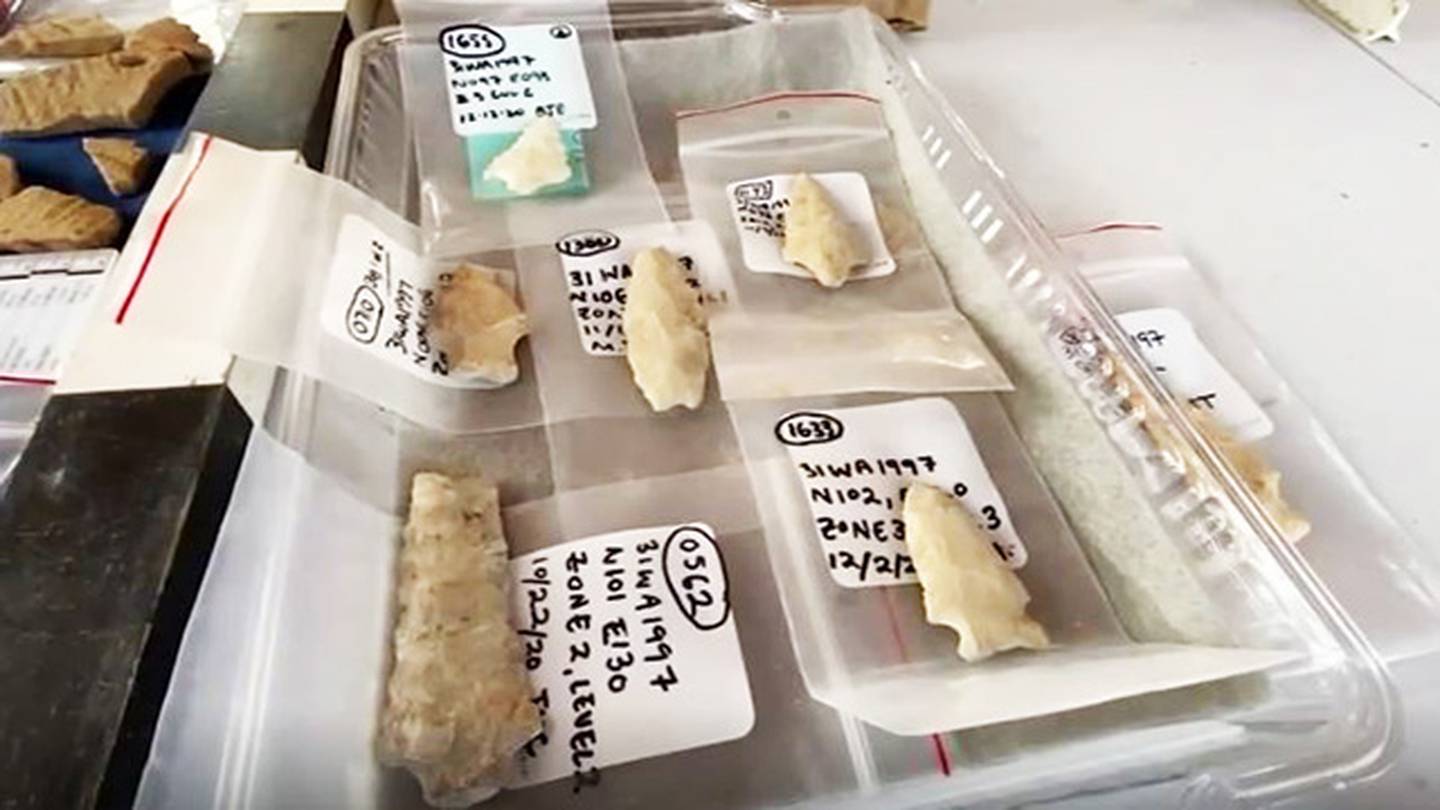 RALEIGH, NC – Before the North Carolina Department of Transportation began clearing land for the final leg of the Triangle Freeway, its archeology unit deployed to search for sites used by the first inhabitants of North Carolina.

Scientists have found something important.

“As a result of the investigation for this entire corridor, we have identified, I believe, over 155 sites,” said Matt Wilkerson, who heads the archeology unit at NCDOT.

Whenever the NCDOT plans to build a road, federal law requires it to document historic or even prehistoric sites in the construction corridor.

He said that is why NCDOT formed the Archeology Unit over 30 years ago, deciding it would be the most effective way to deal with this responsibility.

In the case of the Triangle Expressway, which will complete the outer 540 loop around Raleigh, most of the sites found by archaeologists were not on the direct asphalt path.

There was one exception – an area in southeast Wake County below Garner near Williams Crossroads. So the team got down to work.

For three months, they dug up a large area on Path 540 and sifted every square inch through large screens. There was so much work that they contracted with other archaeologists such as Susan Bamann of the Commonwealth Heritage Group.

She showed the WTVD pieces of an apparently fallen and broken pot.

“It probably dates from around AD 500, something like that,” she said. “We’ll probably be able to replenish a lot of the pot. “

The inside of this jar could provide a wealth of information.

“We’re probably going to do chemical analyzes on it. It is possible to extract the residue from the wall of the ceramic container and determine the types of food that was cooked in the container, ”said Bamann. “It’s really exciting.”

These and many other artifacts, including tools, are all around 1,500 years old and were found about 12 inches below the surface.

Archaeologists speculate that it was a popular campsite for the nomadic natives who were the first inhabitants of North Carolina.

But the origins of the campsite apparently came thousands of years earlier, because as they got deeper archaeologists found more artifacts, including what they call “dots.”

Bamann showed us a collection of these “points” – stone tools with sharp edges.

The excavations have just ended but during our visit, the scientists sift the last dirt removed from the site.

As they worked, heavy equipment rumbled nearby, and explosions sometimes sent shock waves through the air and the ground.

But the archaeologists never flinched.

One of the most exciting finds unearthed during the excavation was a broken and once polished piece of stone with holes drilled about 10,000 years ago.

“Probably a personal adornment, a piece of jewelry, if you will,” Bamann said, and added, “this is a two-hole item that someone would have hung up as a piece of personal decoration or adornment. is at least what we believe these items are. So finding something that is a personal item of someone who has lived here and camped here is, I think, just one of those things that makes it all that’s more interesting because it’s a little glimpse into the past.

Bamann said it was obviously a popular hunter-gatherer camp.

Some of the items found here have revealed how far these people may have wandered.

Bamann pointed at the projectiles, noting that some were made from materials that would not have been found in the area near the campsite.

“These are all made from stone, some of it coming from the stone source that we have associated with the Uwharrie Mountains,” she said.

These mountains are found in Montgomery County, nearly 100 miles west of Wake County.

Artifacts collected from the site will eventually end up in the North Carolina State Archaeological Office.