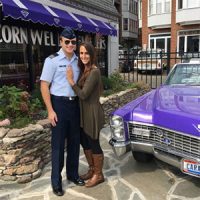 Six generations of the Cornwell family of Athens, Ohio have owned and operated the Cornwell Jewelers jewelry retail business since 1832. And now the longtime jewelry store is closing.

Current owner Kris Cornwell plans to close the store after a liquidation sale, according to The Athens News. Cornwell, 48, has run the store for 25 years and told the store she was ready for “a break. “The retailer has two organic daughters who have ‘no interest in continuing the legacy,” she added. “And when you realize that the family legacy is the reason you do something, and you don’t think the family legacy is going to continue beyond me, I really had to assess my life and where it is. things.

She also wonders if the location of the store on Court Street in downtown Athens would benefit the business in the long run: “I don’t know in terms of the jewelry’s success, if it would have made sense to keep it here, she said.

Cornwell’s father, Les Cornwall, opened Cornwell & Sons Jewelers in 1966 – essentially a sister store to Cornwall Jewelers – and the two stores merged in 1987. His great-great-great-grandfather, John Cornwell, opened the store in 1832 and 1852 locked the doors and joined the California Gold Rush. He unlocked the doors again in 1856, and the store has been in business continuously since.

“It was a challenge to see what I could do to change the business and improve it,” Cornwell told the New. “I am really proud of what I have accomplished and I am just happy that I had the opportunity to do it.

Above: Customers outside Cornwell Jewelers in Athens, Ohio (Image via: @cornwelljeweler)