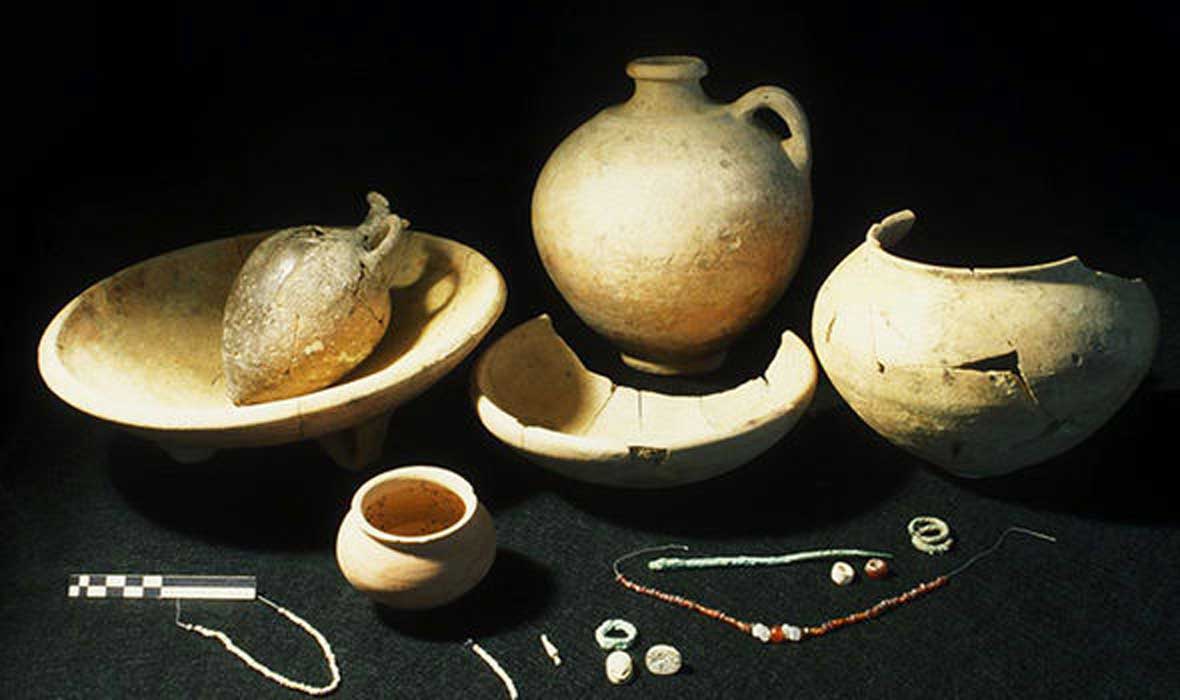 2017 proved to be a successful excavation season at the Tell es-Sultan archaeological site in the West Bank. A collection of unique Egyptian artifacts unearthed at the site shows that the ancient city of Jericho was even more important than researchers thought.

Five mother-of-pearl shells were unearthed during the exploration of a house inhabited 5,000 years ago. The artifacts were stacked on top of each other and archaeologists believe the shells came from the Nile.

National Geographic reports that archaeologists were fortunate enough to find two of the shells still containing manganese oxide. This mineral was the main component of kohl, a cosmetic used as an eyeliner in ancient Egypt and other places. Archaeologists suggest that manganese oxide was mined in the Sinai Peninsula – a place where the ancient Egyptians are known to have obtained manganese. 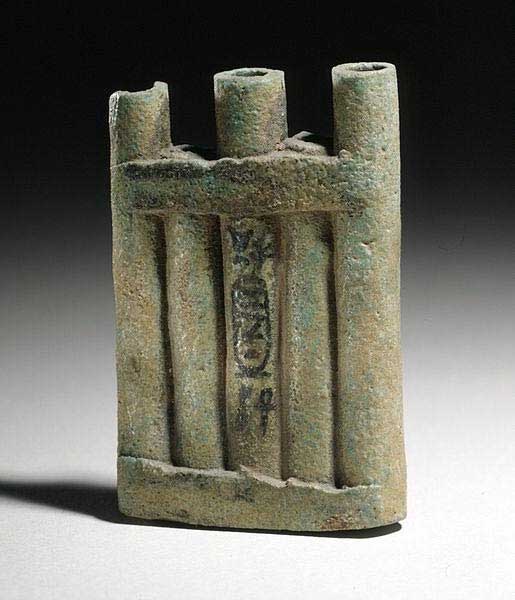 Further excavations of ancient Jericho produced a tomb containing the remains of a child and an adult. The two were identified as women, with the woman possibly having been the girl’s maid. The National Geographic article on the excavation season indicates that the burial was dated to around 1800 BC.

Grave items found alongside the bodies include: bronze jewelry and bronze scarabs, a stone scarab, sacrificed animals, and pottery. The stone scarab was placed on the girl’s chest and bears an Egyptian hieroglyphic inscription. One of the jugs found in the burial is believed to contain scent oils or perfume. 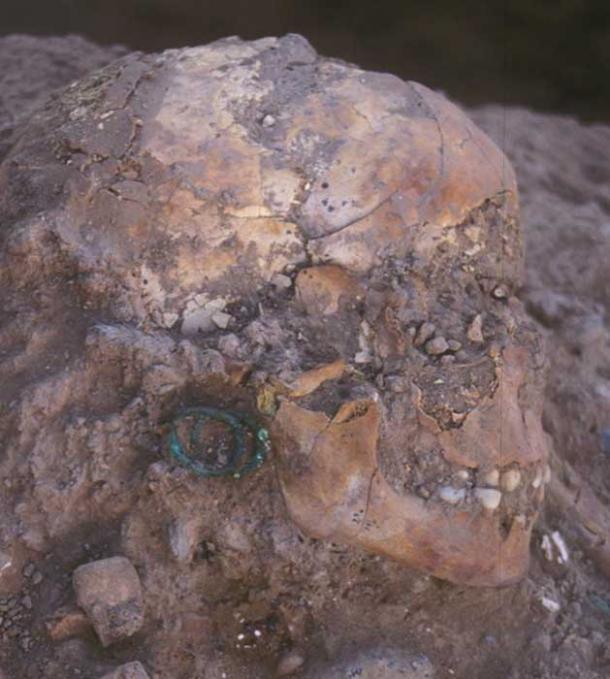 Senior archaeologist Lorenzo Nigro of the Sapienza University in Rome says the combination of artifacts suggests that Jericho had close ties to Egypt for some time:

“The discovery confirms a close trade relationship, already at the start of the third millennium BC, between the ancient city of Palestine and Egypt. It also shows the rise of a sophisticated local elite in Jericho. ”

Jericho is one of the oldest inhabited cities in the world. Over the years, archaeologists have excavated the ruins of more than 20 successive settlements – the first of which dates back to around 10,000 BC. The long period of colonization means that this archaeological site provides insight into the evolution of human civilization.

Many people have heard of Jericho primarily because of its presence in Biblical history. It is the first city that the Israelites, led by Joshua, would have destroyed after crossing the Jordan. He also has ties to Herod the Great. 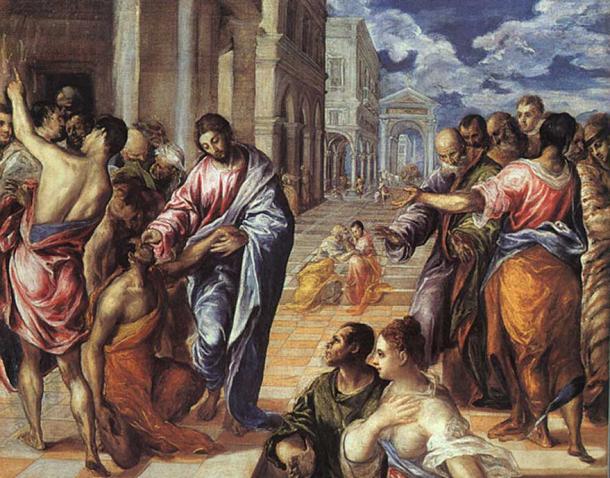 One of the most enigmatic finds made in Jericho to date is a small collection of plastered skulls created between 7000-6000 BC. April Holloway describes the skulls of Jericho in relation to past funeral rites,

“In Jericho, in addition to placing the deceased under the floors of houses, people also engaged in another unique mortuary practice. In some cases, their the skulls were removed and covered with plaster to create very realistic faces, with eye shells and paint to mimic hair and mustaches. Flesh and jaws were removed from the skulls in order to model the plaster on the bone, and the physical features of the faces appear specific to individuals, suggesting that these decorated skulls were portraits of the deceased. The subtle modeling used to create the realistic flesh is impressive on its own, but all the more so given the very ancient date of these artifacts. Evidence suggests that the skulls were then displayed or stored with other plaster skulls. 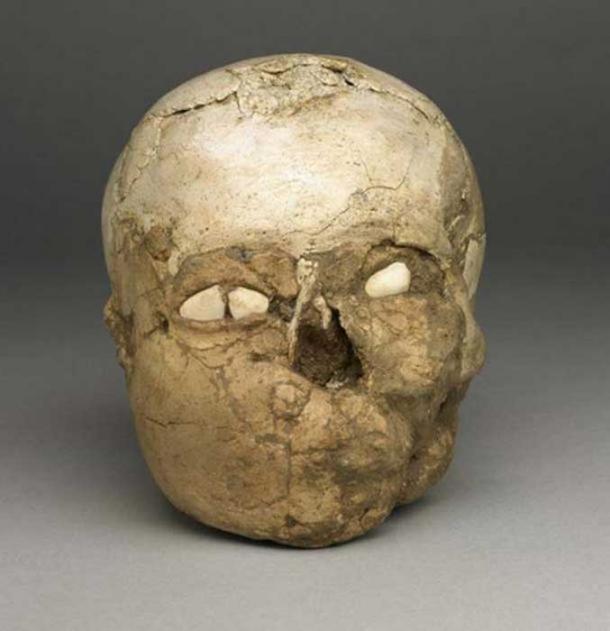 The plastered skull of Jericho, a Neolithic skull in the collection of the British Museum. ( CC BY NC SA 4.0 )

The possible explanations behind the creation of the plastered skulls of Jericho are: to preserve and worship the ancestors, as a reflection on the idea of ​​continued life after death, or as possible substitutes for the deceased – perhaps even to prevent the resurrection or the haunting of the dead. Another possibility is that the plastered skulls may have been head hunting trophies. These skulls attracted so much attention that a skull of a man who lived in Jericho 9,500 years ago was the subject of a facial reconstruction project in 2016.

The Italo-Palestinian Tell es-Sultan / Jericho archaeological project, which is the source of the recent discoveries, has been underway since 1997.

Top image: Some of the artifacts found in the ancient city of Jericho. Source: La Sapienza University of Rome