A proposed extended-stay hotel at 500 Broadhollow Road is poised to become a reality, with the City of Huntington recently approving a zoning change and parking waiver to move the project forward.

The Residence Inn by Marriott planned for the three-acre site caters to longer stays, offering suites with full kitchens and larger living areas.

Currently, a vacant 6,800 square foot structure sits on the site. It is an industrial building that has fallen into disrepair and once housed a jewelry manufacturing business. According to a listing on real estate data website PropertyShark, the market value of the property is estimated at just over $1 million.

“This property has been ripe for repurposing or redevelopment for some time,” project attorney Michael L. McCarthy told GreaterLongIsland.

Local businessman George Tsunis – who was recently named US Ambassador to Greece – is one of the directors of 500 Broadhollow LLC, the developer of the project.

McCarthy confirmed that the City of Huntington had approved the rezoning from industrial to the city’s C10 planned motel district to allow the hotel to be built, although the classification is a bit of a misnomer as it applies to both motels and hotels.

“The C10 area floats around the city,” he said, meaning there is no specific corridor to endorse the classification. “It’s applied where they think it’s appropriate.”

Variances have also been approved by the city for parking and building heights.

McCarthy said the property is tight, so the parking exception was needed to fit more cars on the property to accommodate the hotel. Additionally, a height variance was requested, in order to get approval for a four-story building, which McCarthy says is not unusual for the area.

“Look at the four-story buildings going up and down Route 110,” he said, which are usually office buildings.

The property is located approximately 250 feet south of Exit 49 of the Long Island Expressway. The project is currently undergoing a site plan review with the Huntington Town Planning Board.

McCarthy said an extended-stay hotel is needed in the area and Marriott is putting its brand behind it.

“Long Island is a real dessert for hotels,” he said. “It’s one of the least hotel areas in the country.” 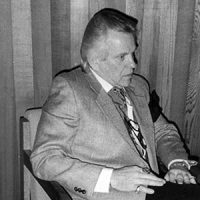