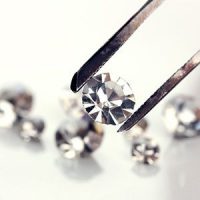 But not of his own volition. The 75-year-old jewelry retailer and repairman said he was given just over a month’s notice to move into a smaller space in the plaza – a space that could not accommodate his equipment and room exhibition – or to leave the premises completely.

“One of the tenants who is a personal trainer expressed to the landlord that he wanted more space,” says Costanzo. “The owner told me a few months ago that this could happen, but it was very uncertain. Then, two days after Christmas, he walked in and told me I had until January 31 to leave space.

The retailer added that while he appreciated the offer of another space, “this move would cost me $ 25,000 to $ 40,000 to set up security and the like. I’m not able to do this at my age, and the space wouldn’t be big enough anyway.

Costanzo says he had “no intention of retiring,” adding, “I always tell people when they ask me when I retire, that I will retire when they carry me in a body bag. Retirement was the furthest thing from my mind. I love what I do and I love my clients.

The jeweler started working in the boutique part-time when he was at university in 1959. At the time, it was owned by the Yaseen family, who had started the business in 1904.

Costanzo bought the store in 1979 and relocated the business several times before moving to its current location 39 years ago.

Its owner briefly apologized, he said, until he heard of a Facebook post from the jeweler’s daughter, Shari Costanzo Giancola, added on December 29.

An excerpt from the message read: “After 38 years in the same square, my father’s store received a 31-day eviction letter so that a new tenant who has only been there for five years can expand. It’s devastating for my dad and our whole family… I understand that you are growing your business, but you are not doing it at the expense of another business.

After seeing the post (which he told Costanzo about), he was less sympathetic, the retailer says.

Most of all, Costanzo says he will miss his clientele and the work of a jeweler. “I will miss people. And I did 90 percent of the repair work and I really love doing that.

He adds: “My clients weren’t just clients. They are friends. I’ve made and worked on so many pieces for the grandchildren of people I made pieces for years ago. They come in and say, “You better never retire!”

The jeweler isn’t sure what his next steps will be, but shares, “A few people locally have reached out with the idea of ​​me coming to work for them… I could do that, we’ll see.