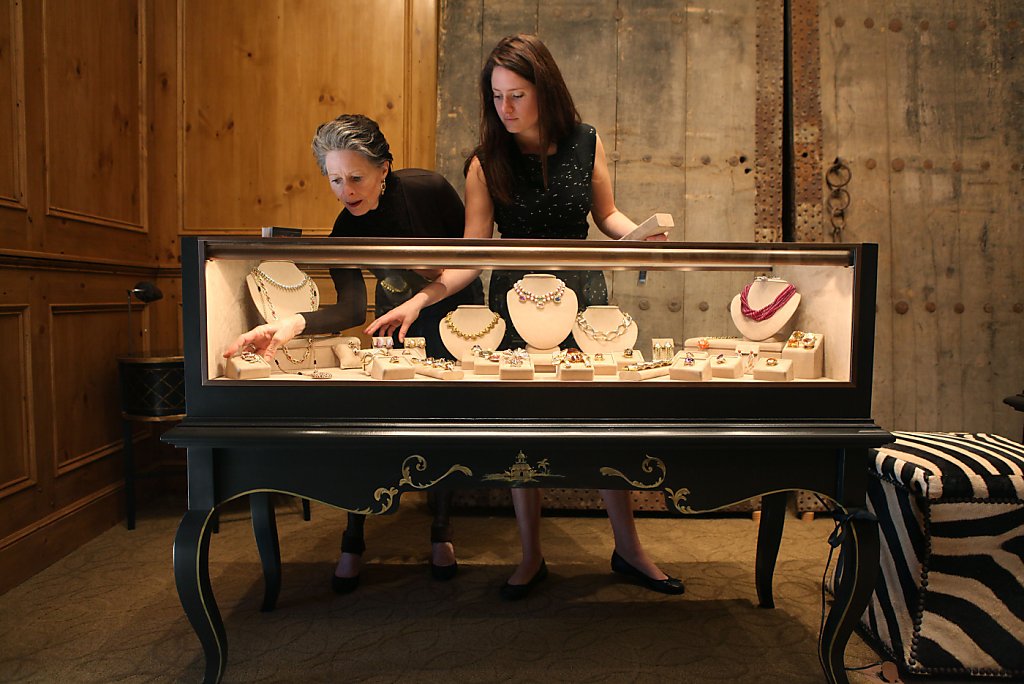 This elegant Southern belle, whose eponymous Sacramento Street boutique is a national hotspot for well-heeled shoppers devoted to her exquisite estate jewelry, is, at heart, a successful businesswoman.

But McGettigan, a certified gemologist and Art Deco expert, also relishes sharing historical details and the provenance of the design with her clients.

It’s a bug that happened over 30 years ago, when the Mississippi native, descendant of American explorer Meriwether Lewis, was a stylish young woman renovating an old townhouse in Manhattan for years. 1970.

Some of his friends worked in auction houses, where they catered only to very high-end merchants and customers, and knew McGettigan’s knowledge of jewelry, gleaned from the beautiful pieces worn by his grand- mother and aunt. So they invited McGettigan to spend a few hours at Christie’s dealers while they evaluated the jewelry before the sale.

After an internship as a wholesaler where McGettigan was in charge of a small inventory for sale among her fashionable ensemble, she moved to Santa Monica in 1981 to enroll in the Gemological Institute of America.

After graduating in 1983, she married financier Charles McGettigan, originally from San Francisco, and moved to the city, where she barely knew a soul.

But she continued her hunt for a coterie of private clients while forming a friendship with antiquarian Gaylord Dillingham, who held his trunk displays at his Jackson Square boutique.

And over the years, McGettigan has kept his eye on exceptional pieces with wide appeal.

â€œWe don’t want to put something on a 30-year-old girl and make her look like her grandmother,â€ McGettigan says. “So we’re looking for pieces that have an intergenerational appeal and that will look great on the wearer. It’s a hat trick.”

The “pearls of power”

Without realizing it, many citizens are already aware of McGettigan’s wares whenever they spot Rep. Nancy Pelosi in the news. The former president of the House often accessorizes her Armani ensembles with what the media have dubbed Pelosi’s “pearls of power,” a superlative strand of multi-colored South Sea pearls that her husband, Paul Pelosi, bought from the Treasure of McGettigan.

In November, McGettigan celebrated the sixth anniversary of her Presidio Heights store, which she was determined to rent when she noticed an “MM” engraved on the building.

This designation was actually added to herald the dawn of the millennium. But after years of showcasing her jewelry via shows or by appointment, she felt those initials were a sign for the brick and mortar phase of her business.

Previously a white box gallery showcasing colorful contemporary artwork curated by author Danielle Steel, the space now looks like the inside of a velvet-lined jewelry box.

â€œThe majority of our jewelry is not for the faint hearted,â€ she jokes as we tour her sparkling products.

His ever-changing real estate finds, including price ($ 3,000 and up) and eras (Edwardian to the 21st century), include unsigned pieces and creations from historic homes Cartier, Boucheron, David Webb, Verdura and Van Cleef. Men will be dazzled by its vintage cufflinks, sets of nails and money clips.

In 2010, McGettigan and her daughter created their own line, Retro Redux, which reinvents 1940s design. But Retro Redux pieces are crafted in today’s luxury weight with 18k yellow gold.

McGettigan recently participated in a Tastemaker Label Sale on Onekingslane.com featuring his balls, high powered gems and bakelite bracelets. And in early December, she greeted customers with a luncheon in honor of Anthony Hopenhajm, president and new owner of Seaman Schepps, a line that doesn’t last long in his store.

In addition to selling, she also provides jewelry appraisals and small repair jobs, as well as bespoke engagement and cocktail rings.

â€œIf you just need diamond nails and you’re not intellectually curious, well, you’re fine. You buy them and you’re done,â€ she laughs. â€œI like working with clients who are curious about ‘why’ jewelry: why is it so different? How can you look at a part and know when it’s made? “

And that’s one of McGettigan’s most satisfying roles – increasing her clients’ knowledge.

â€œThe more you know about jewelry, its history and its innovation in metals, the more interesting it is,â€ she says. “When there is a story behind something, it’s always more interesting.”